This installation / performance, the first of its kind, is based on the Ganzfeld Effect, a technique experimented during the 1970s in the field of parapsychology, to test extrasensory perception. The research is testing ways to expand telepathic connection between different people.

Usually using white noise as a background sound to saturate the brain with information, and an uniform field of color, it can trigger modified states of consciousness in the participant.

We have been re-creating the experiment by using footage from our own films on rituals from various parts of the planet, and mixing them with a live sonic meditation.

NOT RECOMMENDED for people sensitive to epilepsy.

Premiered at the Michelberger, Berlin, summer 2020 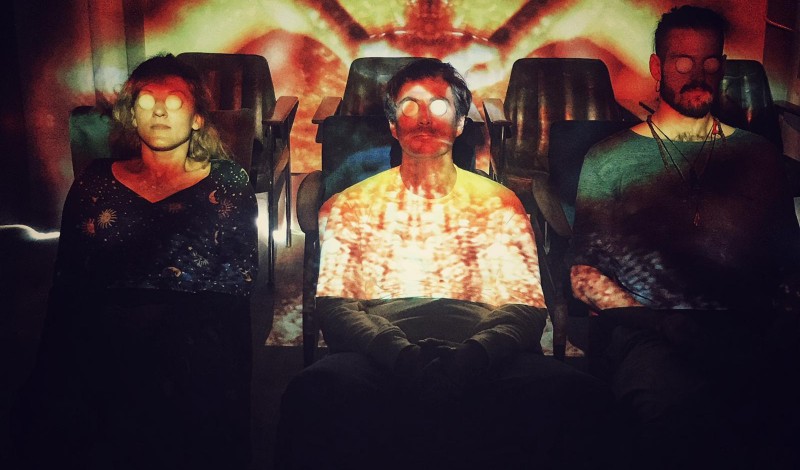 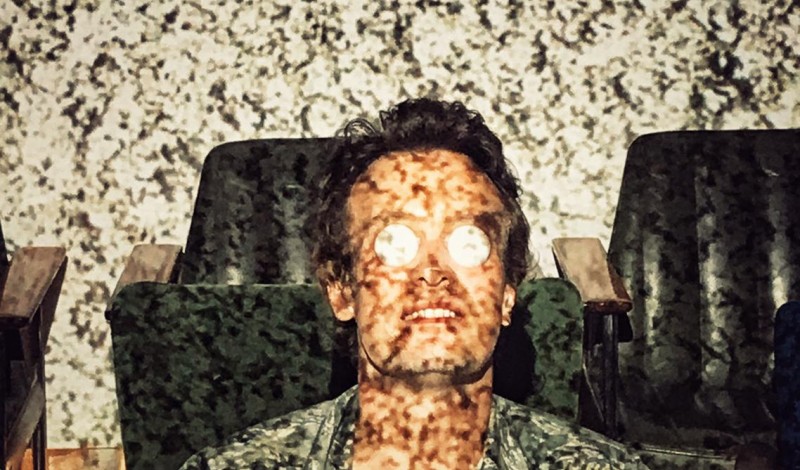 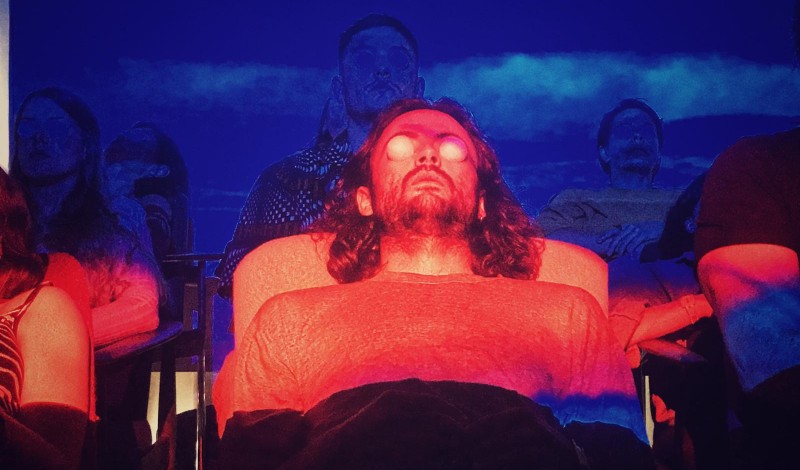 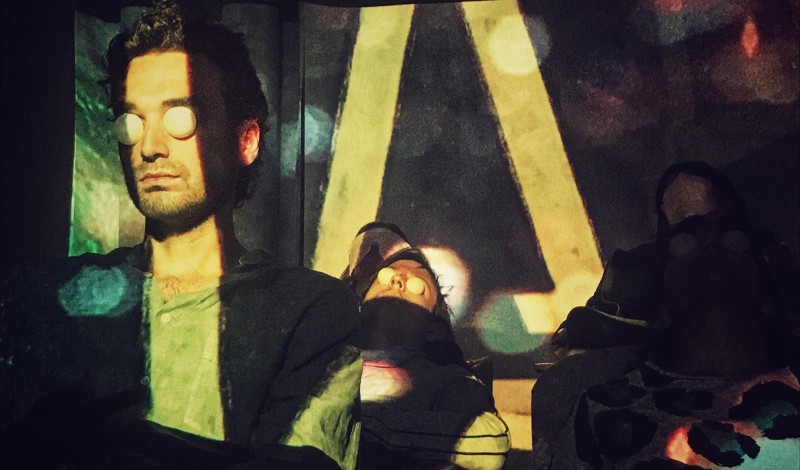 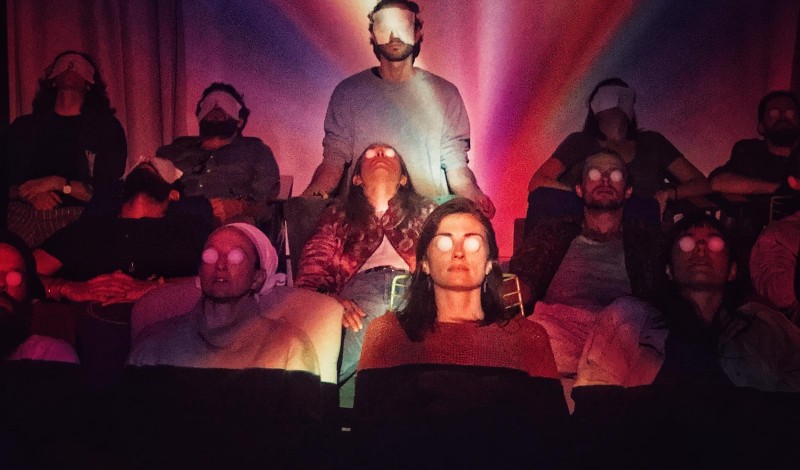 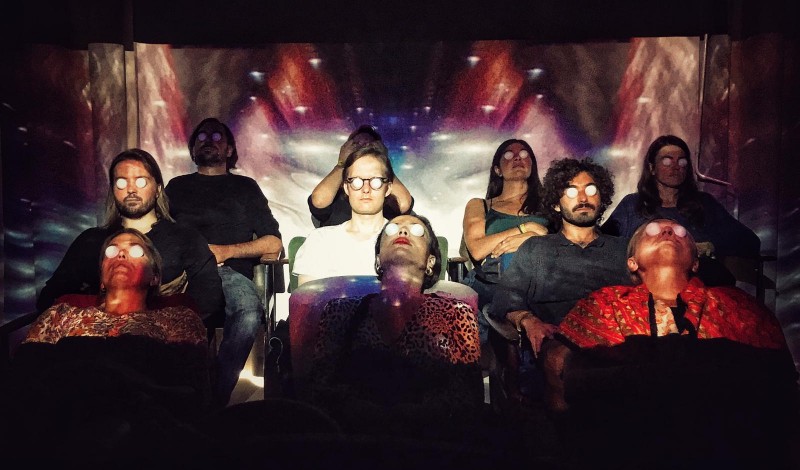 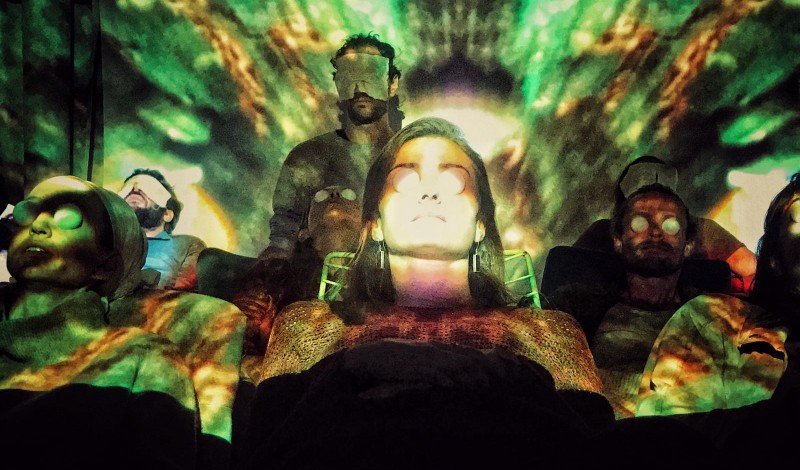